VDK Racing entered seven drivers last weekend at the Third Round of the IAME Series Benelux taking place on the Karting Club of Francorchamps where the heat wave didn’t prevent the Belgian team to deliver some strong performances in the national Competition organized by IAME Belgium! 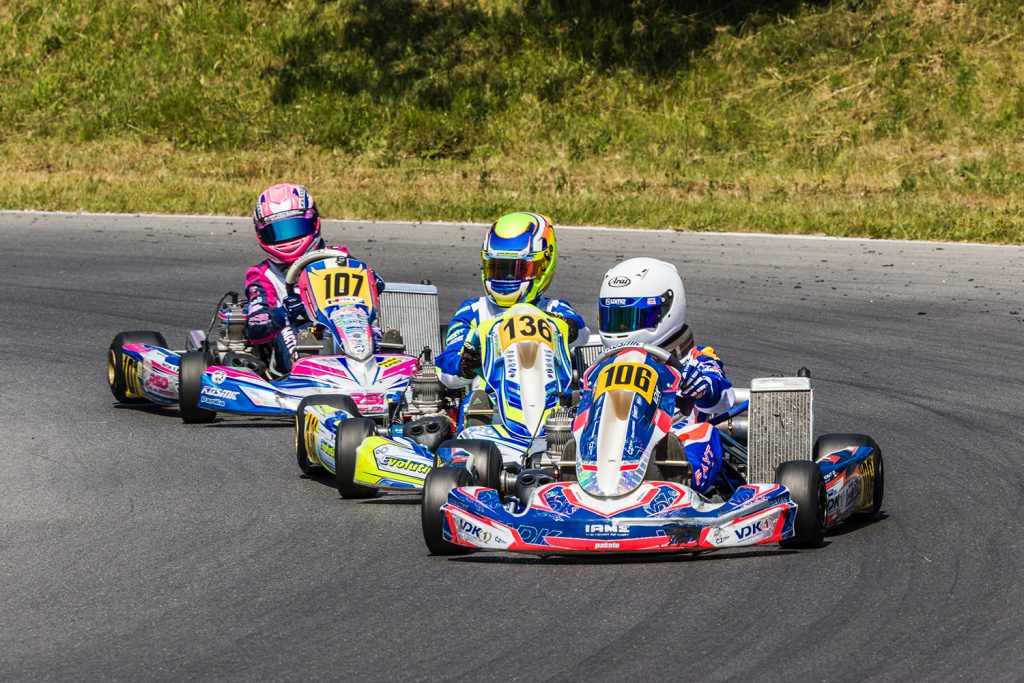 A few weeks after competing in the previous round of the Benelux Karting Competition at Ostricourt, in France, the VDK Racing drivers were back on track last weekend, this time at the Francorchamps Karting Club. With a strong sun and temperatures exceeding 30°C, up to 150 participants were divided between six age categories: Mini, Cadet, Junior, Senior, Master and Super Shifter.

Of the five VDK Racing drivers entered in the Senior category (14-30 years old), the most crowded of the weekend with almost 50 names, Xavier Dias finished fourth in the Final, his best personal result this season, after showing a good consistency all weekend with three fourth places in three Qualifying Heats. Leader of the provisional ranking before Spa, Corentin Collignon was forced to retire in his first qualifying race before winning in two occasions, which acted as a confidence boost heading for the Final where he gave spectators a spectacular recovery race from 14th on the grid to fifth place at the chequered flag, taking the fastest lap!

Despite the early blow that prevented him from fighting at the front at the most decisive moment, the young Frenchman collected precious points in the class standings where he now sits in fourth position, two rounds from the Series’ conclusion.

In the same Senior Final, Tom Uzan came home in seventh, his best personal performance in a final race this year after he made good use of his speed already in the heats with two Tops 5 and a third place. Among the fastest in the field, Elie Goldstein took the third-best lap time in Qualifying, followed by two thirds and a second place finishes in the heats, allowing him to start from the second row on the Final’s starting grid.

Despite a good race start, the Ostricourt victor crossed the line beyond the Top 10 after losing some ground in the opening laps. Forced to start at the back of the field due to a mechanical worry on the pre-grid, France’s Bastien Cochet still showed a strong pace and climbed up the order to the 23rd position, concluding a difficult weekend on a rather positive note.

VDK Racing entered two young drivers in the Junior category (12-15 years old) last weekend at Francorchamps. Taking the eighth-fastest Qualifying time out of 30 participants, Olivan Fayt found his marks from the start of the Competition and gradually made progress to be awarded by a strong 13th place-finish in the Final – his best result since the beginning of the season! – four positions ahead of Hugo Besson. Despite a complicated weekend, the young Frenchman showed the full extent of his potential by overtaking seven drivers to be classified 17th of the Junior Final!

The 2019 IAME Series Benelux will now take a break before its penultimate event scheduled on August 17th-18th in Genk. In between, the VDK Racing Team will compete in the closing event of the FIA Karting European Championship – OK/Junior held at Le Mans from July 19th to 21st!