On the fast Naples International Circuit, Tony Kart centered the victory in the Second Round of the FIA Karting European Championship – KZ with Lorenzo Camplese. 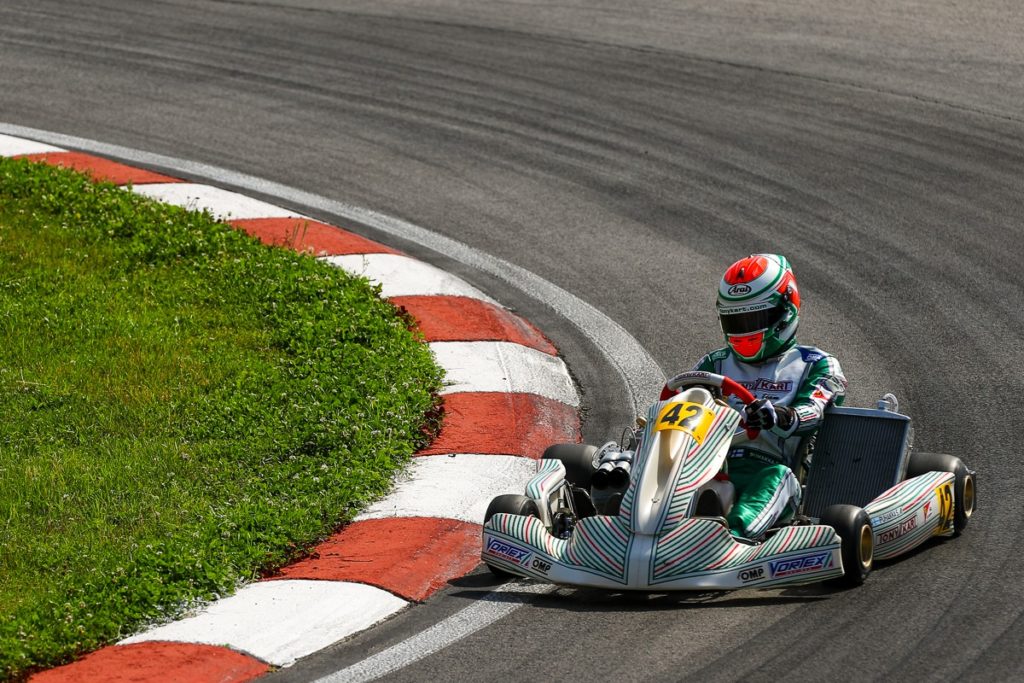 The Tony Kart Racing Team at the Naples International Circuit, Italy, was constantly at the top for the final and decisive stage of the FIA Karting European Championship – KZ/KZ2. The Tony Kart Racer 401 R – Vortex duo proved to be extremely effective right from the start together with Lorenzo Camplese, an SC Performance driver equipped with OTK material, who won the KZ Final leading a great race. The Italian was also the author of a victory in the heats and a fantastic Pole position. Moreover, he finished second in the whole championship, missing the Title for just for a single point.

The Final was rather lacking in satisfaction for the drivers of the Tony Kart Racing Team, authors of a brilliant race up to that moment and with all the papers in order to bring home a prestigious result. Simo Puhakka was the most competitive driver of the weekend, getting a victory and two-second places in the heats. Unfortunately, a contact in the Final forced him to give up the Title. The same happened to Matteo Viganò while a failure stops Marco Ardigò when he was in third position. Even Noah Milell was damaged by technical problems and failed to show his whole potential. An unlucky ending which didn’t reflect the great performance of the material shown by the team during the weekend and confirmed by Camplese’s victory.

In KZ2, David Vidales was definitely the main protagonist. After finishing fifth in Qualifying, the Spaniard was getting great results in the heats on Saturday, winning all those he took part in. The third place in the Sunday morning heat ensured him the start from Pole position for the Final. However, Vidales was taking the lead for most of the race but failed to get the result he deserved by slipping to ninth place at the end of a truly fierce battle.

Alessio Piccini also was fighting hard in every session. The Italian won a heat and got other good placings but, unfortunately, the position on the grid was compromised by his withdrawal in one of his heat due to a contact. Alessio, however, didn’t lose heart and made the most of the Vortex engine’s power to recover 11 positions and reach the Top Ten in the Final.

The Tony Kart Racing Team will be soon engaged in another important race meeting with the third round of WSK Euro Series taking place on the South Garda Karting Circuit of Lonato from 21st to 23rd June. The 60 mini, OK-Junior, OK and KZ2 categories will get on track with the title at play for the gearbox category.