The next stage for our Racing Team will be the Asum Ring in Kristianstad for the third round of the FIA Karting European Championship for the direct-drive classes. 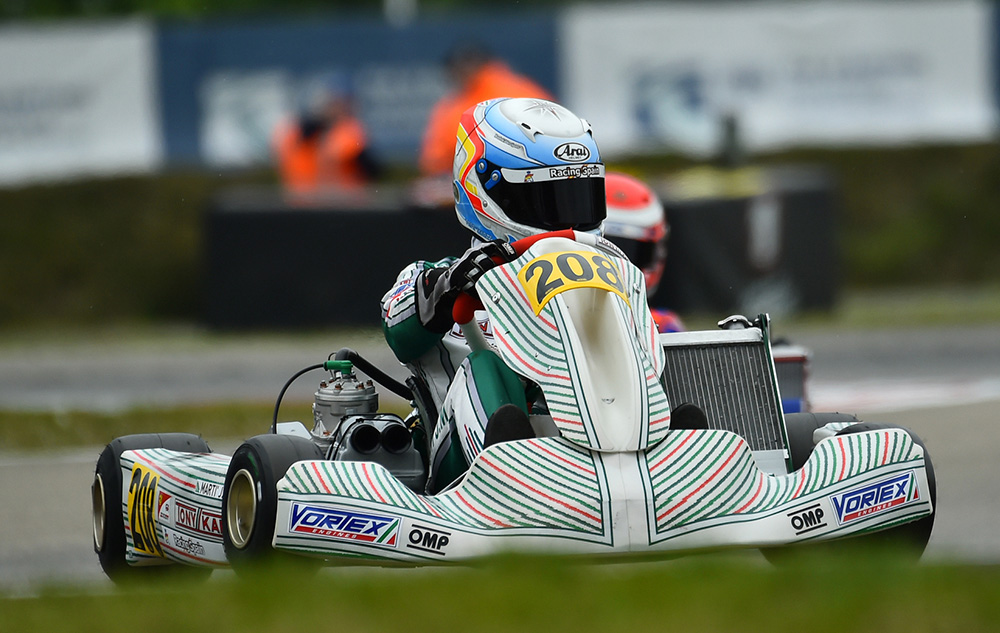 The most important phase of the FIA Karting European Championship OK/Junior is starting soon and the theatre of the event will be the Circuit of Kristianstad, Sweden, where last year the World Championship for the same categories took place.

Our racing team will be present with the Racer 401 R chassis powered by Vortex and will aim at repeating the good performances shown in Genk. Especially in OK Junior where, even in unpredictable weather conditions, Alex Dunne and Nikita Bedrin proved to be serious title contenders. With the young Irishman finishing third in the general rating, the Russian fifth, and Josep Maria Martì tenth, the goal now is to stay in top positions and gain more and more important points as they approach the end of the championship.

It will not be easy, considering a large number of drivers at the start including also several experts of the track, but we trust that the equipment and drivers will be up to to the importance of the appointment.

Our drivers in the OK class will be Matheus Morgatto, Sebastian Montoya, Ryan Li Mingyang, Noah Milell, and Joseph Turney. The important recoveries performed during the heats in Belgium after unlucky Qualifying making the weekend of our standard-bearer more difficult, give us the certainty of being able to do well in this category too and improve the championship positions.