Tony Kart could not have expected a better re-start to its 2020 karting season. The Italian brand collected a total of four wins and two titles in the closing races of the WSK Super Master Series, last week on the Adria Karting Raceway! Simo Puhakka won everything with the factory team in KZ2 while Nikita Bedrin and Ward Racing dominated the OK class. 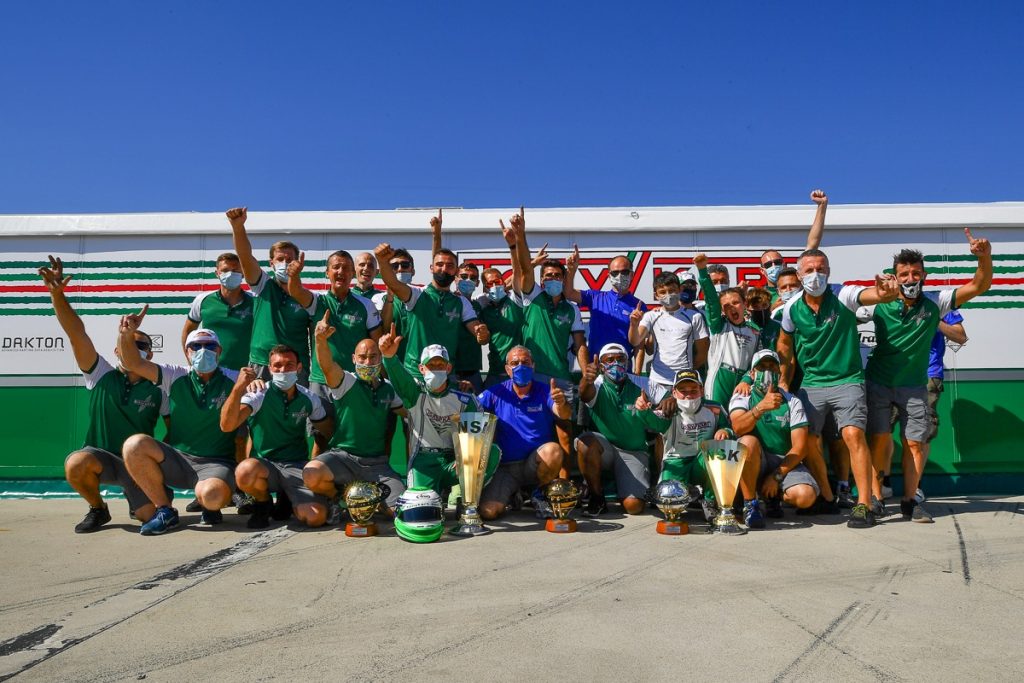 In KZ2, Simo Puhakka showed competitiveness as soon as the Qualifying Heats where he scored two victories. The Finn was leading the group in Prefinal and Final both in the third and fourth rounds. At the end of the weekend, Puhakka also achieved four best laps, once again proving the high quality of the technical material. Just one small regret for Paul Evrard who could not perform at his best in both the heats and race.

In the OK category, Pedro Hiltbrand ended up the series in a well-deserved third place. The Spaniard fought hard during the whole week with a rib injury preventing him from finishing the second Final, after a good second place in Prefinal.

The material proved to be once again top-level also in Joseph Turney’s hands. The Brit was excellent at exploiting both the speed on one lap, with four best laps and the third place in Qualifying of the Third Round, and the pace in the race where he recovered several positions in the heats of Round 4. Turney completed Sunday’s Final in fifth place.

In the same category, another Tony Kart user, the Russian Nikita Bedrin, ended up conquering the WSK Super Master Series title by winning both rounds with Ward Racing. Low-key weekend, on the other hand, for Lorenzo Travisanutto who did not manage to exploit all his potential right in the final stages of the race.

Great weekend also in Junior with the second place of Karol Pasiewicz, always among the fastest of the whole line-up and able to gain third place in the first Final, two victories in the Heats and centering pole position in Round 4.

The other drivers of the Tony Kart Racing Team, Aiden Neate, Harley Keeble, Maxim Rehm and Eron Rexhepi also proved to be very fast, with Keeble and Neate gaining top-three-finished on several occasions. Tuukka Taponen made an excellent debut in green and white, managing to always be among the first positions and centering a fastest lap.

Excellent results also in the Mini 60 category where James Egozi fought hard for the Final’s podium in Round 4 and locked up the sixth position in the Final of Round 3 after recovering seven positions. In the same race, great comeback performances from Jimmy Helias, Kai Sorensen, Jules Caranta and Andres Cardenas who all recovered more than five places. Helias and Egozi also took a third and fifth place in Prefinal.

The Tony Kart Racing Team will be back on track next weekend for the opening round of the WSK Euro Series, from July 8th to 12th, on the Circuito Internazionale Napoli, in Sarno, with free practices starting on Thursday.

Get up to speed here with the results of Round 3 and 4 of the WSK Super Master Series!