The 2019 FIA Karting European Championship – OK & Junior started and will be completed in France, as the fourth and final Competition will be held at the Le Mans circuit on 19th to 21st July. The first three Competitions revealed different hierarchies according to the terrain and the conquest of both titles remains uncertain among a handful of strong contenders. 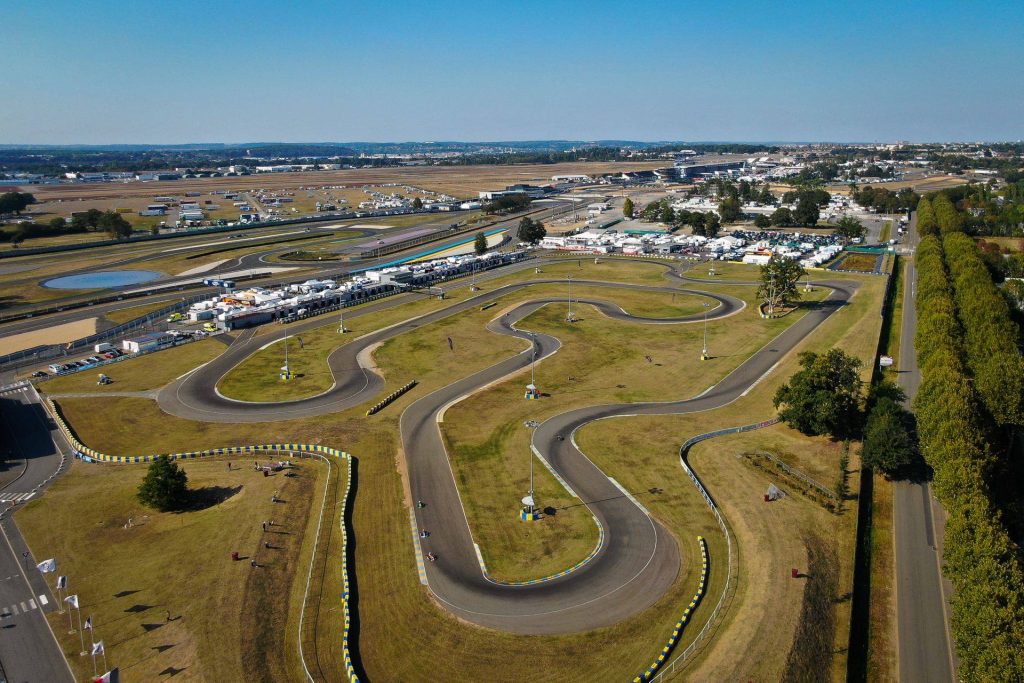 This year the European battle in OK and OK-Junior will again conclude in France. Next to the legendary 24 Hours Circuit and not far from the Bugatti Circuit, the Le Mans Karting International Circuit is bathed in a unique sporting atmosphere. The 1384 metres of the new circuit opened in 2013 recall the many World Karting Championships that took place on the old Alain Prost circuit in the 1970s to the 1990s.

In this temple of motorsport, the Automobile Club de l’Ouest has built state-of-the-art facilities surrounding a fast track, conducive to slipstreaming and tight clashes up until the last lap. Although the 24 Hours Karting and the FIA Karting Endurance Championship has made the reputation of Le Mans, the site has also hosted the KZ World Championship in 2015 and a round of the OK, OK-Junior and KZ2 European Championship in 2017, each time joined by an FIA Karting Academy Trophy event.

No favourites really stood out in the two categories competing for the European Championship after the first three Competitions, but the protagonists are now well known. It should not be forgotten that the awarding of the titles will take place after the two worst results (Qualifying Heats and Final) are dropped. The OK Championship should mainly be decided between three Drivers, while six Drivers can still claim the Junior crown.

Travisanutto in pursuit of Patterson in OK

The winner at Angerville, Dexter Patterson saw his lead melt in the next two Competitions, Genk and Kristianstad. Indeed, the current World Champion Lorenzo Travisanutto arrives at Le Mans with two victories, with more and more consistent performances. Still, Patterson remains a very serious contender who will not be easy to beat. Gabriele Mini’ is the only one who can theoretically thwart the plans of the two favourites as he has the necessary speed and is always formidable right up to the last metres of each race. The Competition will be able to rely on other confirmed talents to put on a spectacular show. Taylor Barnard and Dilan Vant’ Hoff are among the young Drivers, such as Luigi Coluccio, Dino Beganovic and Gabriel Bortoleto. Like Travisanutto, Pedro Hiltbrand and Alessandro Irlando will be able to bene t from their excellent knowledge of the circuit gained during the 24 Hours Karting.

The winner at Genk and 2nd at Kristianstad, Marcus Amand took a few steps ahead of his main rival, Thomas Ten Brinke. Starting brilliantly in Angerville, Tuuka Taponen was less convincing afterwards. On the other hand, Jamie Day, Nikita Bedrin and Alexander Dunne showed strong attacking qualities. Although Andrea Kimi Antonelli is no longer in the title race, he has some of the best odds for the victory at Le Mans given his recent performances. Ugo Ugochukwu, James Wharton, Arvid Lindblad, and Al o Spina are among the many Drivers who can make their mark in the race.