As it happened not so long ago with a certain Sebastian Vettel, Tony Kart was again busy with interesting F1-related names at South Garda where the Italian team recently carried out a two-day practice session with Ferrari Driver Academy’s current members Mick Schumacher, Giuliano Alesi, Marcus Armstrong and Robert Shwartzman. 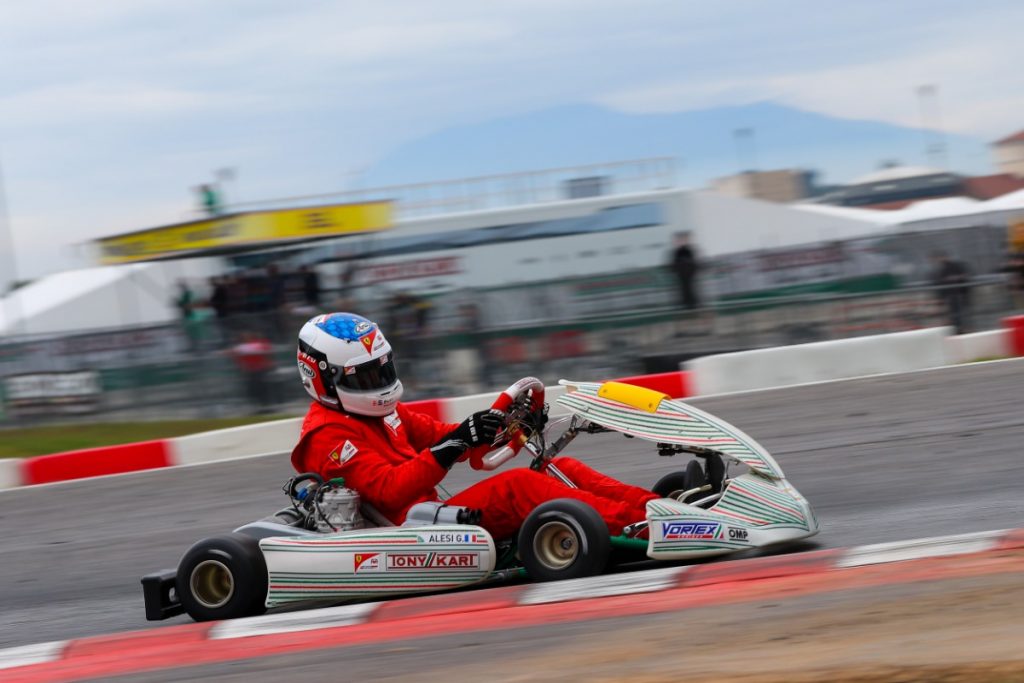 On Thursday 17th and Friday 18th October, the drivers of the Ferrari Driver Academy, the junior program of Casa di Maranello, made good use of the partnership with the Tony Kart Racing Team to race two intense days of test on the South Garda Karting Circuit of Lonato.

From 9:00 am, the Tony Kart tent was buzzing with activity as the Ferrari Junior Drivers were preparing themselves for their first run on track. Participating in the two day-test were Mick Schumacher, currently driving for the Prema Power Team in F2 where he sits 12th with one meeting to go in Abu Dhabi, Marcus Armstrong, also driving for Prema but in the FIA F3 Championship where he finished runner-up to his teammate Robert Shwartzman, and Giuliano Alesi, competing in his maiden season in F2 with Trident (provisional 18th).

For all of them, it felt like a return to a familiar place considering the previous karting experiences they had driving for Tony Kart. At first, mechanics and drivers tested the seats and adjusted their driving positions before making it to the track at the wheel of the Racer 401 R powered by a Vortex engine in OK configuration.

All the drivers ran rather similar driving sessions throughout the whole day without special tests or challenges but only lots of laps to train and improve. At the end of the day, the four Ferrari Juniors felt very satisfied.