Cetilar Performance, a new scouting initiative supported by some of the most famous Italian brands in motorsport, has been officially launched last weekend at the Circuito Internazionale Napoli in Sarno with the aim of helping young karting drivers progress through a specialized junior programme. 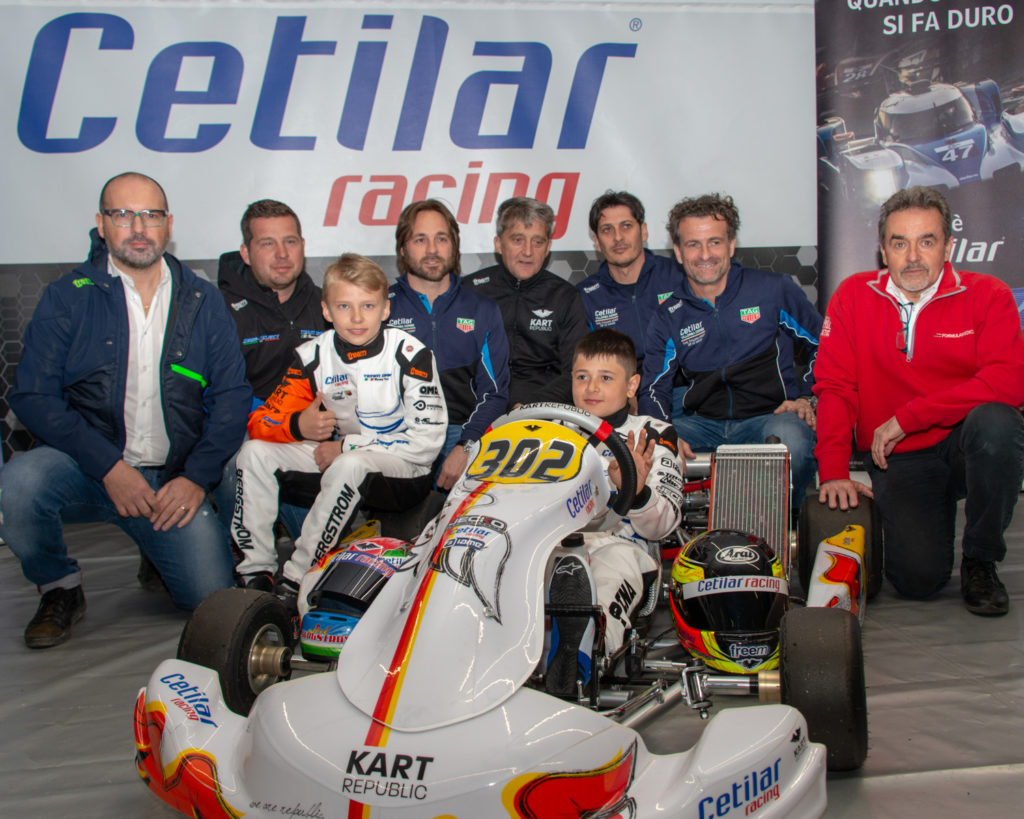 The project has been unveiled at the Kart Republic hospitality during the closing round of the 2019 WSK Super Master Series and is supported by Cetilar Racing, the all-Italian squad founded by racing driver Roberto Lacorte who attended the event together with Giorgio Sernagiotto and Andrea Belicchi.

This year, the team will make its third appearance at the Le Mans 24 Hours as well as compete in the European Le Mans Series 4 Hours of Monza next May before taking part for the first time in the FIA WEC 2019/2020 season with a Dallara LMP2 Prototype car.

Cetilar Performance’s philosophy aims to valorize and share the experience in motor racing. The goal is to support through the Italian excellences the drivers’ growth under the human and technical aspects. The first rule is to take care of a 360 degrees training privileging discipline, responsibility, spirit of self-sacrifice and looking constantly for the limit.

To build young drivers’ personality, the selected members will take part in some events throughout the year. They will visit the Dallara headquarters, testing the professional simulator and working with technicians and engineers. The drivers can also learn how Freem produce the suites by using data and new futuristic technology. Last but not least, they will witness the construction of a kart at the Kart Republic factory. A Formula Medicine staff will follow the drivers on tracks taking care of their mental and physical training with three complete sessions at Viareggio, one of the referral centres for top drivers coming from all over the world.

Three drivers have been selected for Cetilar Performance 2019 programme: Joel Bergström, Sebastiano Pavan and Alfio Spina. Pavan and Bergström, both 11 years old, race in the 60 Mini class with Devid De Luchi’s Team Driver, a brand linked to Kart Republic and Dino Chiesa. The first one is a Padova-based driver while Bergström is from Sweden but lives in Salò, Italy. They were front-runners last year in the X30 Championship and WSK Final Cup where Bergström finished third in the Mini. Class 2016, the Sicily-based Spina won both the 2017 WSK Champions Cup and Final Cup in 60 Mini before stepping up to OK Junior with Kart Republic.

Roberto Lacorte, Cetilar Racing founder: “After building some valuable things in the endurance with our team these last years, we want to share our experience with the new generation, working with some young drivers racing in high-level karting championships. We share this project with important partners, aiming to the drivers’ growth by focusing on their performance and human side. Cetilar Racing will pay attention to the personalities of these young boys in consideration with their scholar attitude. We’ll follow them on track, at the gym, in physical and mental training and want to see their school report”.