The Birel ART Racing Team has just won the most beautiful of trophies, the FIA ​​Karting World Championship. The Italian brand was victorious in the most demanding of categories, KZ, against all the top drivers in the world. 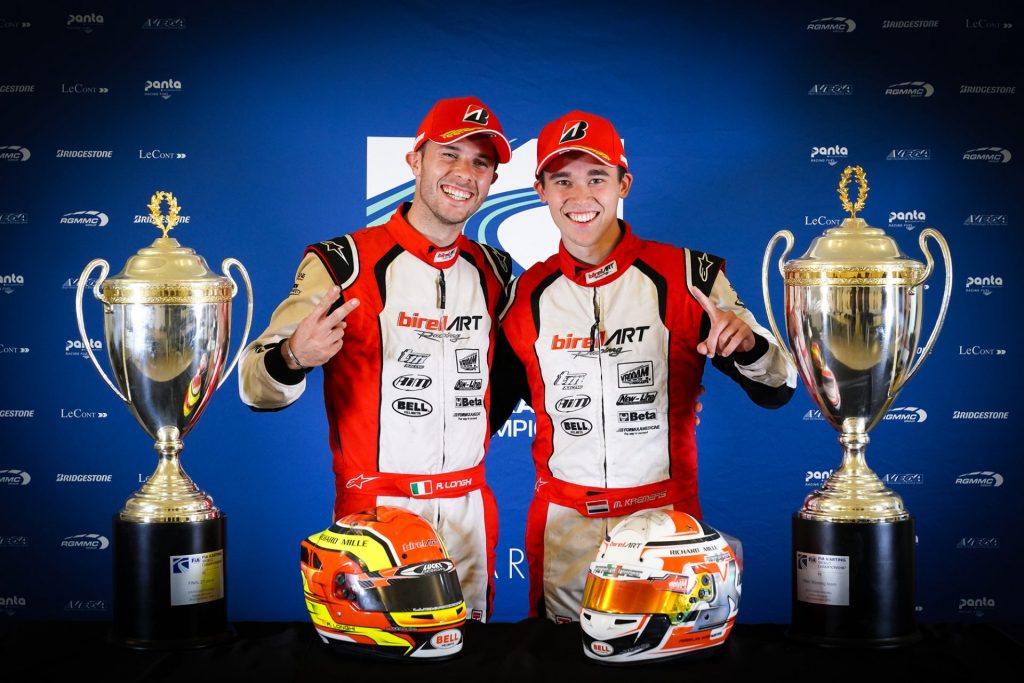 In Italy, at the Lonato circuit that all the teams know perfectly, Birel ART knew how to make the difference thanks to highly competitive equipment. After the Final, Birel ART even managed to take a double success. While Marijn Kremers was the main recipient of this major success, Riccardo Longhi celebrated his debut in KZ with the title of Vice World Champion. For Birel ART, the work paid off, as well as that of the TM Racing engine brand and the technical staff. For the 60th anniversary of Birel ART, the clearly forecast goal has been achieved!

With talent and skill

Although Birel ART is one of the most successful brands in karting on a global scale, its eyes remain focused on the future, with an even greater desire to win titles and offer powerful products to its customers from around the world. This KZ World Championship at Lonato was the perfect demonstration. The numbers speak for themselves: two drivers in the top three in Qualifying, two victories out of three in the heats for Kremers and one for Longhi, three fastest laps in the race for Longhi and Irlando, then a new lap record in the Final for Longhi and finally a brilliant double with Marijn Kremers and Riccardo Longhi 1st and 2nd.

The President of Birel ART Group, Ronni Sala welcomed this triumph. “For several years now, thanks to the amount of work done and the strategy implemented within the factory, Birel ART has been winning internationally and worldwide through its extensive distribution network. Only this World Championship has been denied to us for too long. It must be remembered that at Genk in 2018, Marijn Kremers had already started from the first row in the Final, but he was the victim of a collision on the first lap! A few months ago, a similar incident happened to Alessandro Irlando, while the European Championship was close. This time we hit the goal.  Marijn completed a perfect race, and he deserves the title. Riccardo was also incredibly fast and this 2nd place in KZ is very rewarding; he was still only in KZ2 a few months ago. The competitiveness of Irlando and that of our TM Racing engines have confirmed that we are performing well with all our drivers! It’s a pity that Alessandro had a technical problem at the start.”

Palomba and Dahlberg stand out in KZ2

Equally effective in any category, the Birel ART CRY-S10 chassis proved to be just as competitive in KZ2, with two drivers in the top 10. Sweden’s Alexander Dahlberg spared no effort to move up from 20th to 10th place during the long Qualifying Heats. The Italian Giuseppe Palomba, who recently joined the Birel ART Racing Team, was also at the forefront through the entire meeting. After fierce battles in the pack, Palomba and Dahlberg managed to finish in 9th and 10th positions respectively out of a total of 121 drivers.

Also a nod to Filippo Berto (Team Emilia Kart), 20th in the Final on his Birel ART-TM, and Matthew Payne (Team Patrizicorse) of Australia, 22nd on the starting grid of the Final with his Ricciardo Kart chassis but unfortunately forced to retire too soon. Also fast, the Italian Leonardo Marseglia didn’t qualify for the Final, as well as the Frenchman Pierre Loubère. Birel ART also congratulates the other teams who use the chassis from the Lissone factory, such as Birel ART Racing KSW, Vzeta Racing, and Renda Motorsport. Once again, the performance of Birel ART at this World Cup was particularly strong.

“To win the title of World Champion during the 60th anniversary year of Birel ART is tremendous. The emotion is huge,” added Luca Filini, Team Manager of Birel ART Racing. “The staff have done a lot to prepare for this event, down to the last detail. Motivated and determined, our drivers were perfect, as was TM Racing and the engine builders. In the world of karting, winning at Lonato is something special. Of course, we will continue to work to stay on this victorious trajectory.”